With Wooden Sculptures by Oli Watt This exhibition takes an up to date look at the ongoing collaborative woodcut print project undertaken by these three artists. The project was initiated by Carl and Isak in 2007, Oli Watt joined the group in 2010. The project started out as a means to expand each of the artists’ approach to generating new images. They began by passing around the wood blocks, each artist adding to the other artists’ work. Their rolls as carver, drafter and printer would shift per image, thereby blending their individual styles and constantly creating challenging, unique images that are quite unlike their usual bodies of work.&#8232;

The first suite of collaborative prints was exhibited at SideCar in October 2014. As in that exhibition, the viewer continues to be confronted with odd, open narratives that never really resolve. The compositions of the recent prints can be dense or sparse in a whole new way and continue to draw inspiration from H.C. Westermann. The newer images, in general, have more details and a greater range of line quality. Isak states that the work has become 'more humanistic' - there are more people, they are less preoccupied with death, and there are fewer disappointed gods.’ &#8232;The newer prints are also more concerned with daily life. Oli and Isak recently visited Carl at his new home in California. Several of the recent prints depict the desert, a direct result of collaborating in a new locale. 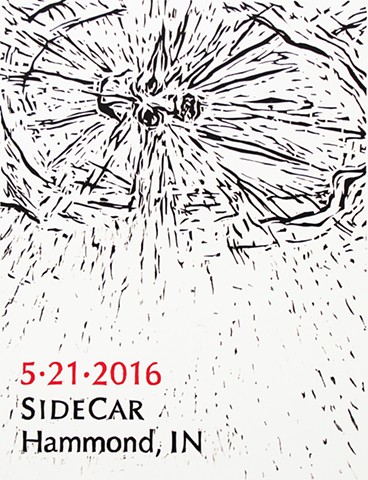 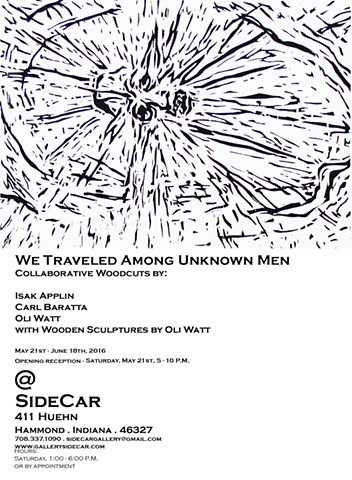 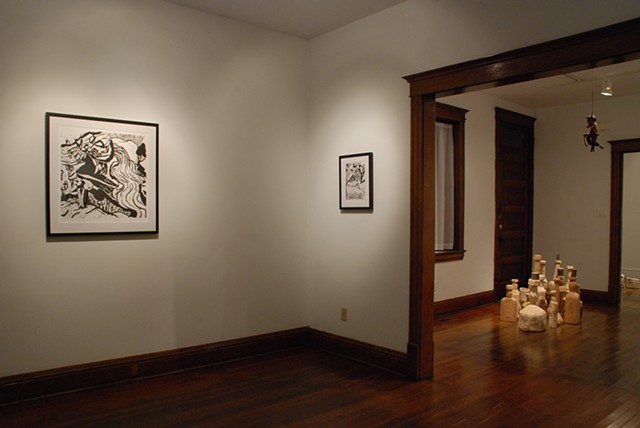 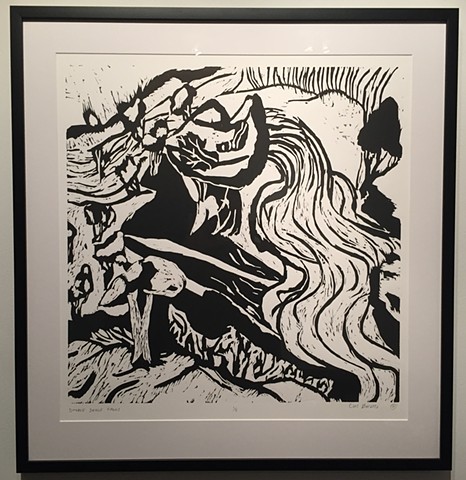 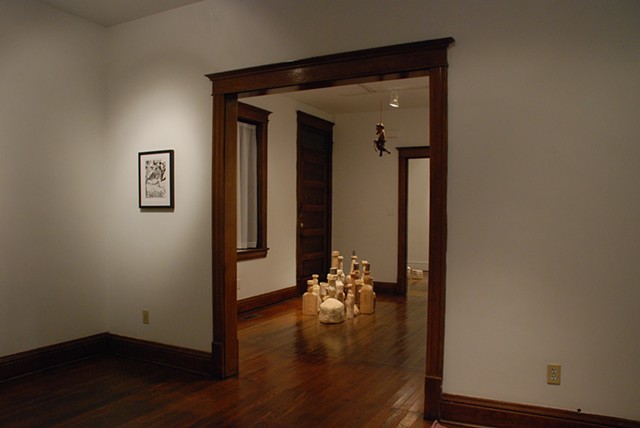 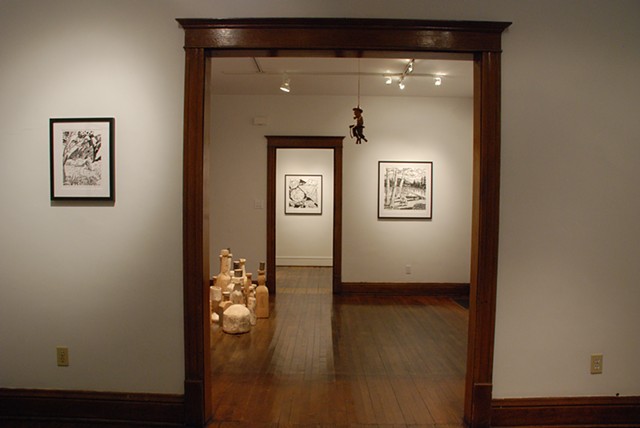 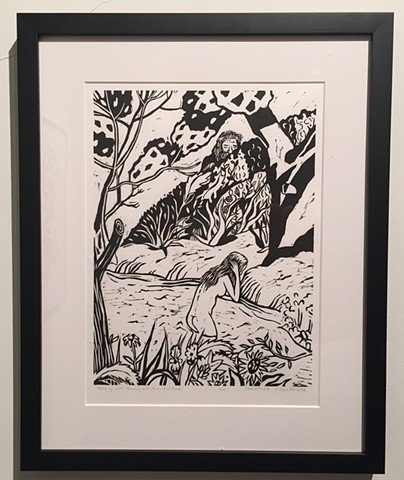 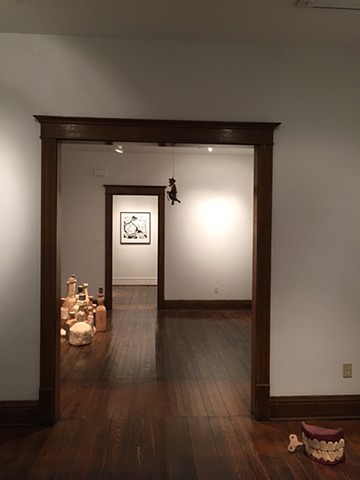 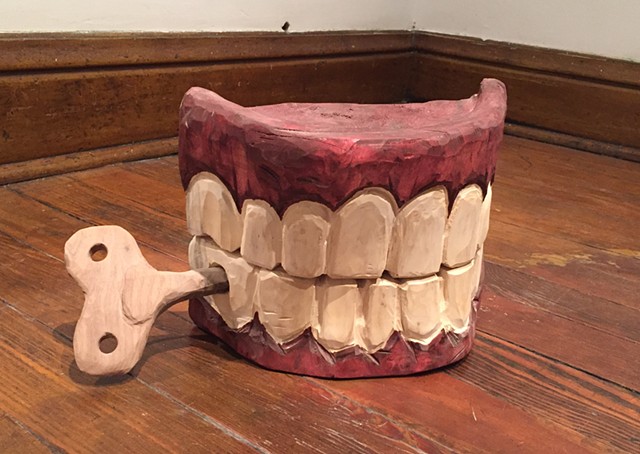 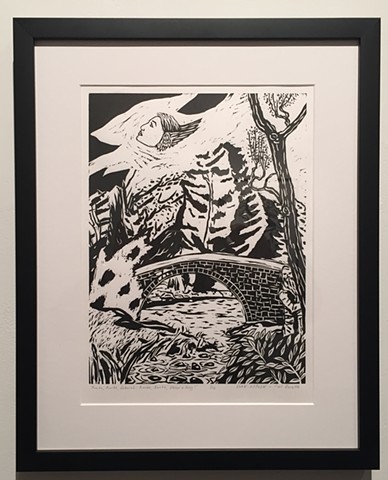 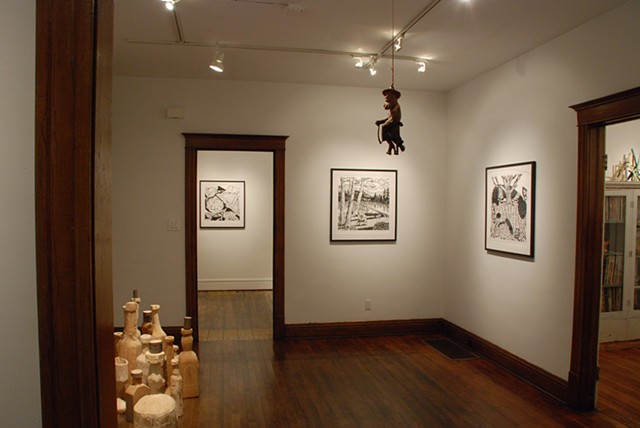 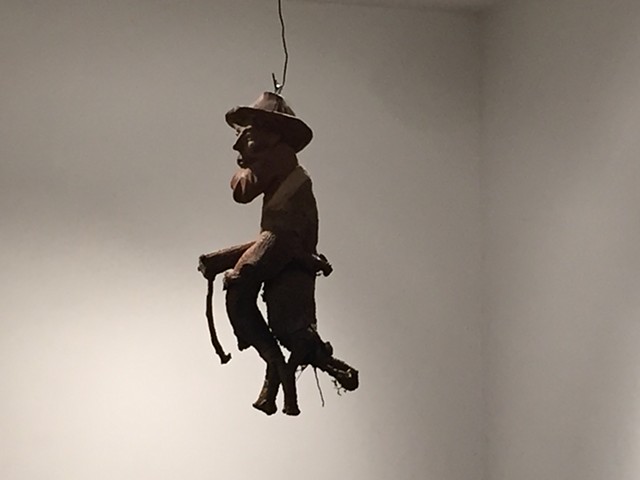 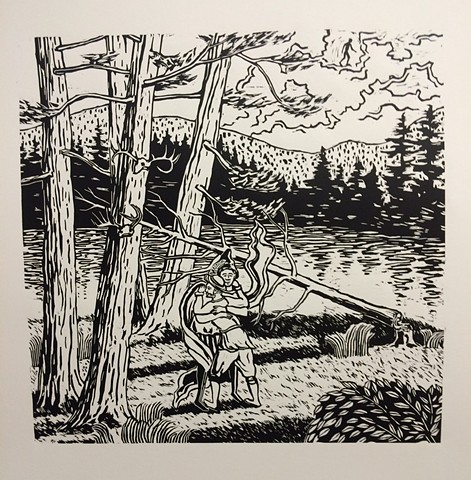 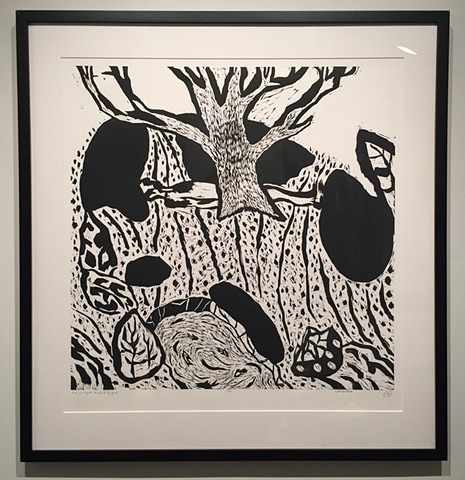 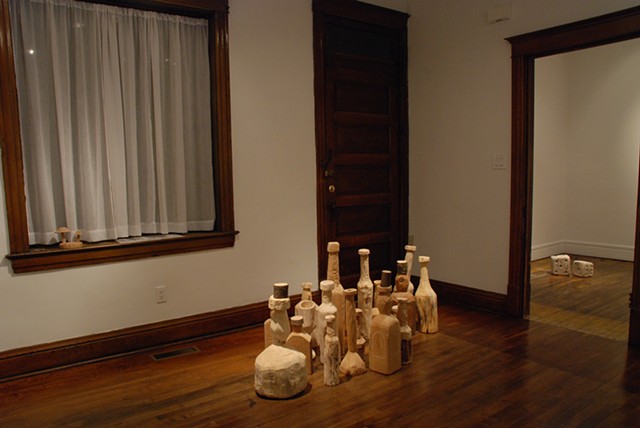 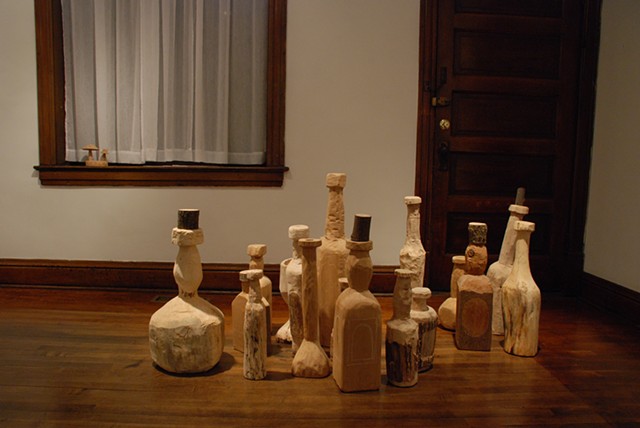 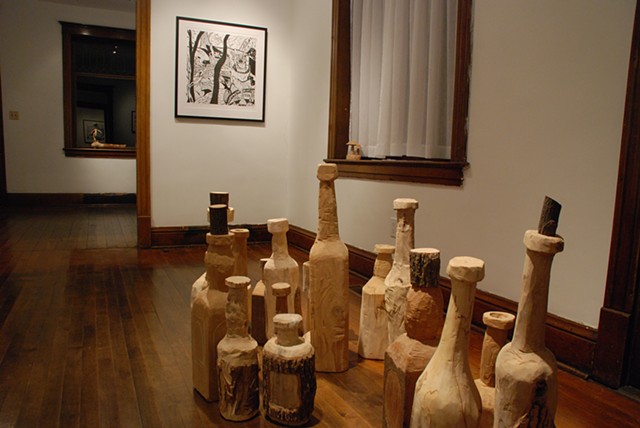 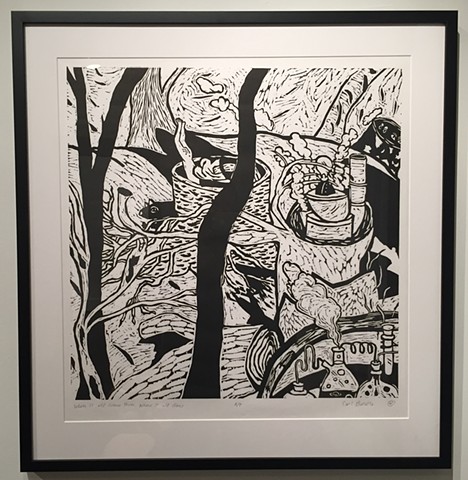 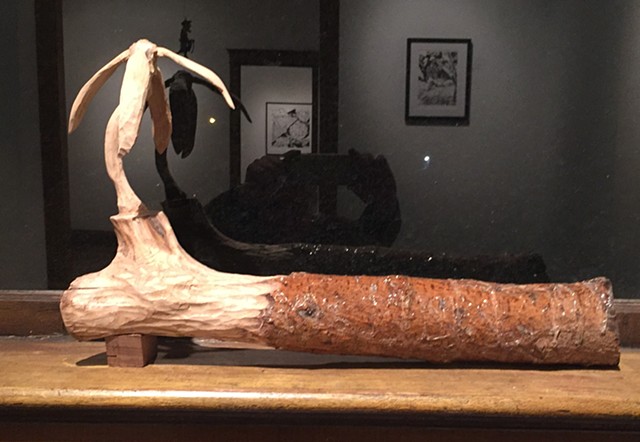 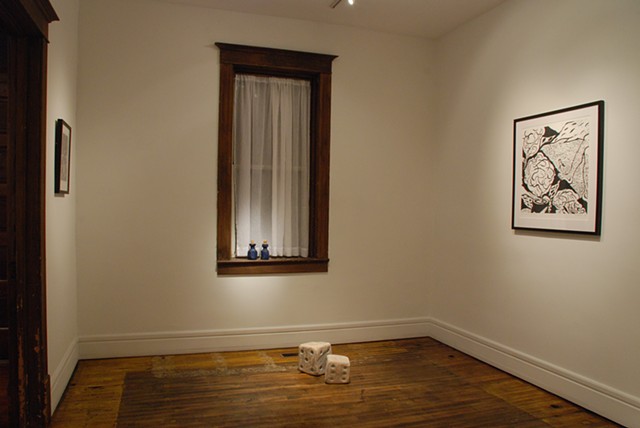 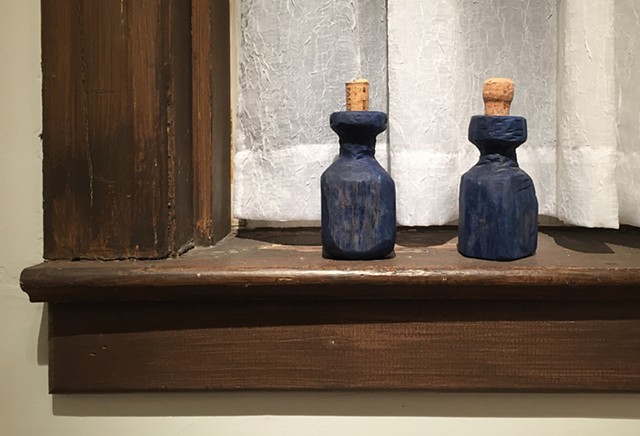 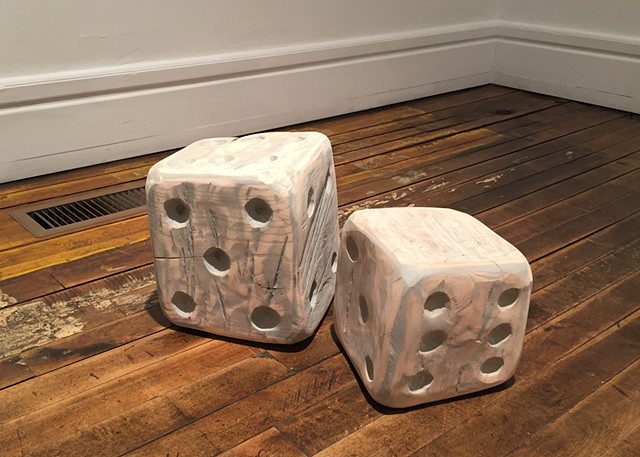 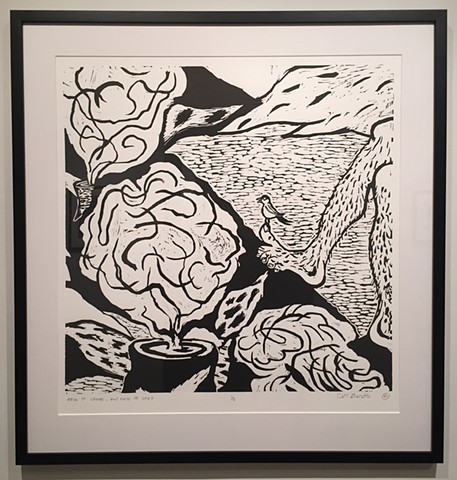 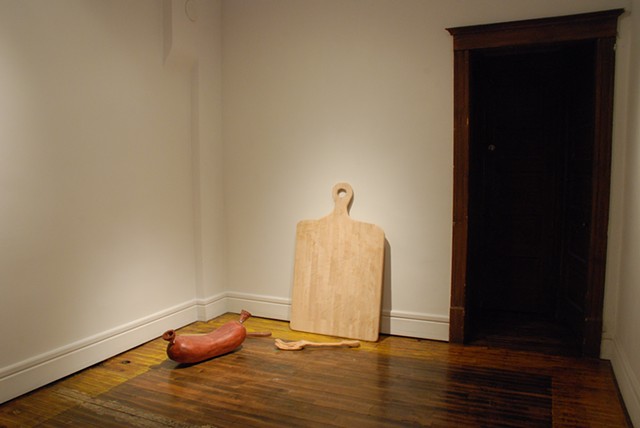 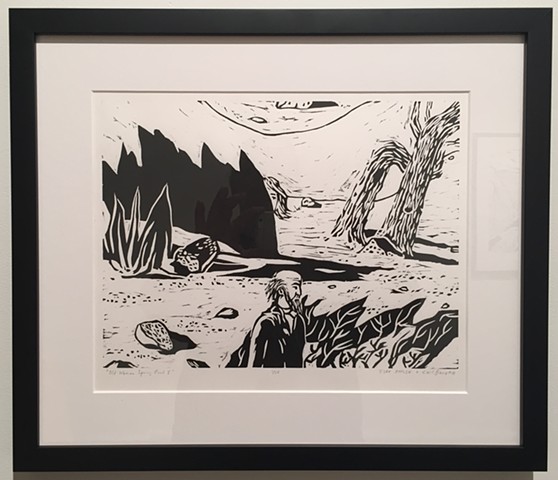 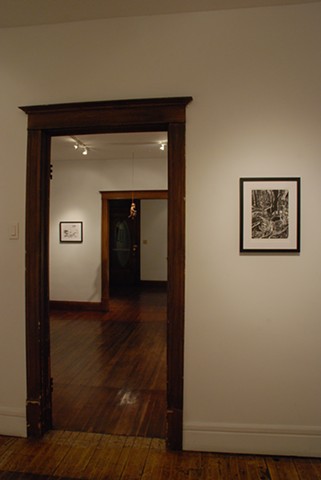 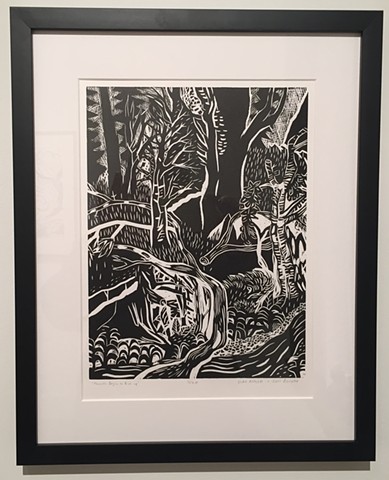 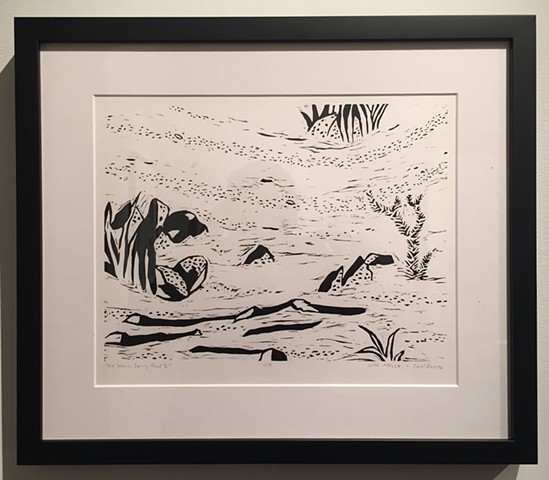