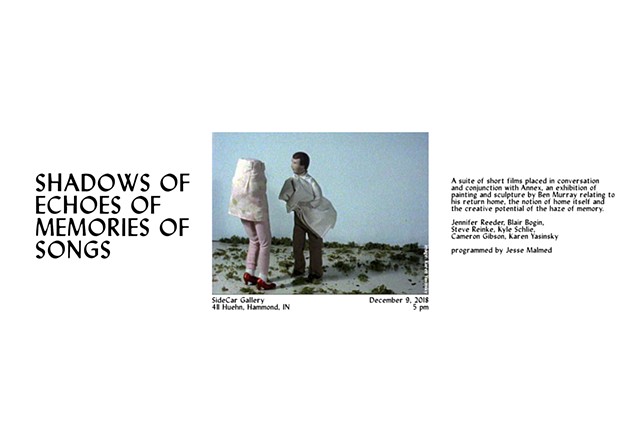 'Shadows of Echoes of Memories of Songs'

Gallery Hours through the run of exhibitions: Saturday, 1 PM - 6 PM and by appointment