SideCar is pleased to present 'Pedestrian Joy' - New work by Daniel Hein Carothers. For the past few years Danny's mode of production has been through his Instagram feed. Within a couple of very short days of following him, I was sure that I wanted to show this work at some point in the future. The images that would appear in front of my eyes were at once lasting and disposable, of now and the past, shallow and, somehow, deeply revealing. They were also completely Danny's; they were joyous with just a hint of darkness.

As Danny says "I wanted a cheap, mobile and instant medium to work in. It's fun to work, think, judge and put it all together when it's easy. My studio is a big, green leather chair in front of a TV. I quit smoking so I mess with my phone a lot. I don't dog myself about screen time because it doesn't give me cancer."

"The world is full of magic and plastic. Sunsets and Doritos. Satellite technology beams Baywatch reruns to the palms of our hands anywhere on the planet. I get to wander the Earth looking at stuff, thinking about stuff and making stuff as I go. I love that I don't have to pay for a space to make and store my work. I don't have to ship it. People will like it or, at least, think about it for a moment and then it doesn't really exist anyway." 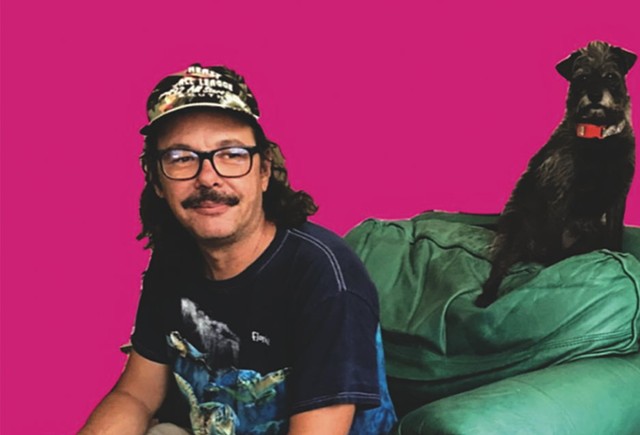