“While ultimately aligned with the concept of futurity, and the temporal dynamics of deferral/anticipation in particular, anxiety has a spacial dimension as well. In psychological discourse, for example, anxiety is invoked not only as an affective response to an anticipated or projected event, but also as something ‘projected’ onto others in the sense of an outward propulsion or displacement…”&#8232; &#8232; All of the works in this exhibition employ a soft horror that is rooted in anxiety. Whether it manifests in spell casting, theatrical anticipation, slow revelations, conspiracy theory, quick fire bluntness, ambiguous imagery or safe/unsafe participation, the overlaying theme within these works is projection. These works fill the domestic space that is SideCar Gallery with anything but the soft, utilitarian, domestic items one expects in a home. The gallery itself is an uncomfortable site, a vacated domestic space, a narrow winding staircase concealing its end point, a darkened attic and a spare room that conjures images of captivity and unsavory activity. Ugly Feelings invites viewers to a slow, unpredictable reveal of works that are not what they present themselves to be, unveiling hidden processes, deep seeded fears and the complexities of the comical and the sincere. 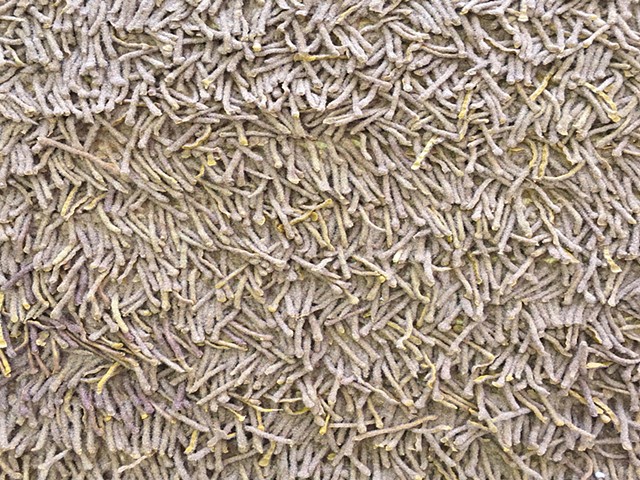